I have so much I want to write and I have no idea how to write it.

So let’s start with a present.

“I have a present for you,” Chris said, somewhere around 1993, and handed me this little plaster Day of the Dead sculpture.  “Bazil made it.  He made a bunch for a gallery in Chestnut Hill, but when they told him they were gonna sell them as authentic Mexican art, he said no and took them back, so…this one’s for you.”

When I think about Bazil – Sean – this story always comes to mind.  I didn’t know him well, but I knew he had strong convictions and would not only stick to them, but would also make sure the people around him did as well.

Sean was one of the iconic actors at my beloved haunt, Grisly Gothic Gables.  He joined the cast to help him learn how to talk in front of crowds (or so I’ve been told), and perhaps one of the reasons I can’t think of Grisly without thinking of him is that he proposed the haunt’s name to the owner, Allan, during a brain storming session.  His butler character was funny-bizarre, vaguely slobby, definitely frenetic…my favourite haunt memory of him is him filling in for a clown scare, still dressed as a butler.  When the time came to scare visitors, he rose out of a hollowed out bed holding a fake butcher knife and announcing, “I’m not a clown, but I’ll kill you anyway!”

(Lesson:  As long as you understand the scare and what’s expected of you, improv – even if it’s on the bizarre side – as long as it’s in the character of the haunt?  It works.)

I suppose it helps to understand that I became a haunter not because I loved scary movies (which I did) or because I thought Halloween was pretty (which I did), but because the first time I saw Grisly Gothic Gables, with Bazil and Janice at the front of the house looking like everything I’ve ever wanted to see in haunt actors…well, I fell in love with the haunt, with the cast, and at the core of my haunter-heart you’ll still find that perfect visual.

Bazil was the one that helped my ex husband understand why haunting is fun.  “Do you know what a pig pile is?” Bazil asked one day.  “You don’t?  Ok.  So let’s say you enter a room through a door on the left side of the room and the exit door is clearly visible on the right side.  How do you leave the room?  No, you don’t go out the exit door, you jump on top of each other LIKE THIS!! and then you knock down a wall behind you and you leave that way.”  Despite being jumped on and nearly knocked over, my ex agreed to come to Grisly to see what a night of haunting was like, and he ended up doing tag-team scares with Bazil.

At the museum where we all worked, Bazil did so much that most people don’t know, rather like at Grisly, where he designed several of our t-shirt designs with no credit claimed.  He (along with fellow Grisly Peter Cook and Peter’s wife, Lisa) worked on a book about our dioramas that has been used extensively by the teacher naturalists there, and can be found now in the Drexel University library.  He discovered a forgotten mummy by literally tripping over it in our collections. He restored Edgar Allan Poe’s raven, which now resides at the Philadelphia Free Library.  He worked on the butterfly exhibit where I became a butterfly keeper, and helped create The Big Dig, an interactive looking-for-fossils exhibit I helped maintain over the years.  (I’m told he was inspired by Peter and Lisa’s visit to the Indianapolis Children’s Museum.)  He and artist Ray Troll worked together on several projects, including one at our museum. He was instrumental in creating the Crazy Critters Chuck Jones exhibit that I have…way way too many stories about working.

For someone who touched so much of my professional life at the Academy, you really would think we would have seen each other more. Alas.

Bazil moved on to work at the Patricia and Phillip Frost Museum of Science in Miami, where his resume is truly amazing. Like, amazing in a way that you look at and you think, ‘What couldn’t this guy do??’ I think I speak for many of us when I say that Bazil was the kind of person you quietly make a role model and you hope someday to be even a fraction as good at..well..ANYTHING as he was.  Because he touched so many people’s lives and varied worlds, I’m sure there’s an incredible amount of stories and discoveries to come that will astound those of us that knew him.  (Heck, just from the bit of research I’ve done here, I’m in awe of the man.)

Bazil is survived by his wife, Kat, and his daughter, Bridget…and he’s mourned by too many people to count.

Thank you for touching my life and for inspiring me, you most perfect Grisly.

Info about a celebration of his life: 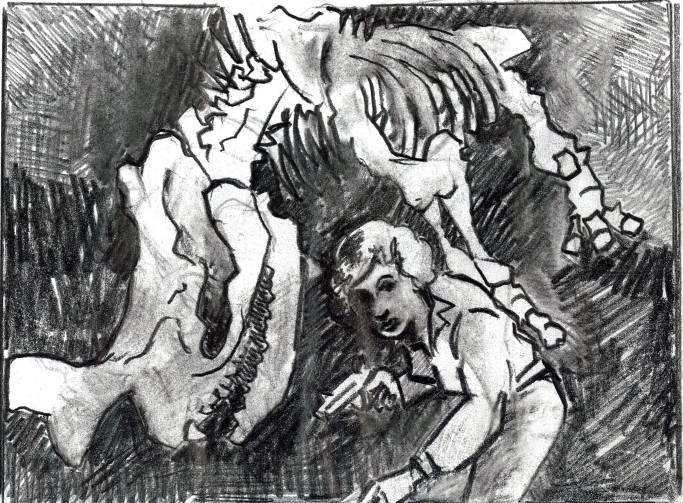